Rape is a type of sexual assault usually involving sexual intercourse (or other forms of sexual penetration) initiated against one or more individuals without the consent of those individuals. The act may be carried out by physical force, coercion, abuse of authority or against a person who is incapable of valid consent, such as one who is unconscious, incapacitated, or below the legal age of consent.

Inside the Mind of a Sadistic Serial Rapist and Criminal 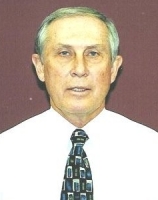 During the interesting cases session at the 21st ISHI, retired FBI criminal profiler and forensic scientist Peter Smerick explored the mind and world of James Mitchell DeBardelben. While largely anonymous, DeBardelben had one of the most vicious and varied criminal careers in American history. He was an elusive con artist, bank robber, bank extortionist, and professional kidnapper. He was also a sadistic serial rapist and murderer believed to have sexually assaulted hundreds of women over an 18-year span.

Assigned to the FBI's National Center for the Analysis of Violent Crime, Smerick is a leading expert in criminal profiling who has consulted and lectured internationally regarding homicides, kidnappings, extortion, stalking and product tampering cases.

Geographic and Temporal Sequencing of Serial Rape: Final Report Submitted to the National Institute of Justice

Geographic and Temporal Sequencing of Serial Rape:
Final Report Submitted to
the National Institute of Justice